The village of Vuokko is one of the largest villages in Juuka, located besides highway 6 by the edge of lake Pielinen. Vuokko is an agricultural and forestry village inhabited by approximately 500 residents. This village is built on both sides of lake Vuokko, which separates the village into five sections; Vihtasuo, Southern, Central, Western and Northern Vuokko. The astern front of Vuokko is the shore of Lake Pielinen.

The bird-watching tower of Vuokko 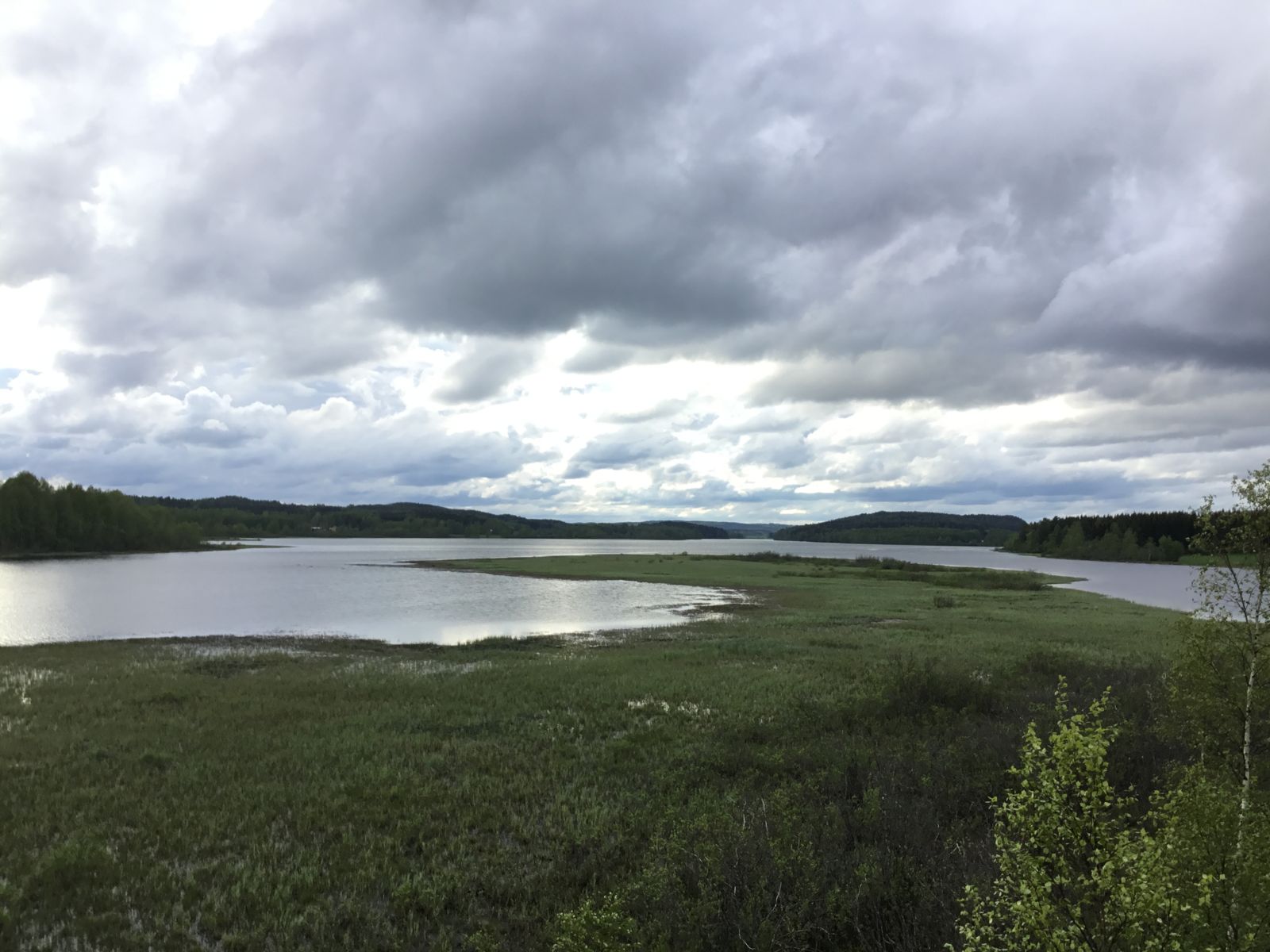 Vuokko offers a bird watching tower for avid birdwatchers, built by bird enthusiasts in Juuka. The Lake of Vuokko (Vuokonjärvi) is part of the national preservation of bird species of Finland. During a survey conducted in 1999, over 50 bird species were identified nesting in the area of Vuokko. As a tribute to birds, a variety of birdhouses have been installed across the path towards the bird watching tower.

Path: A left turn at ABC towards Nurmes will take you to a right turn at Vuokontie after 10 kms. Driving this road for 6.5 kms will lead to a flat spread on the left which is a designated parking spot. A 1 km hike from the parking spot will lead you to the bird watching tower.

The Vuokko river and the sheer cliff face 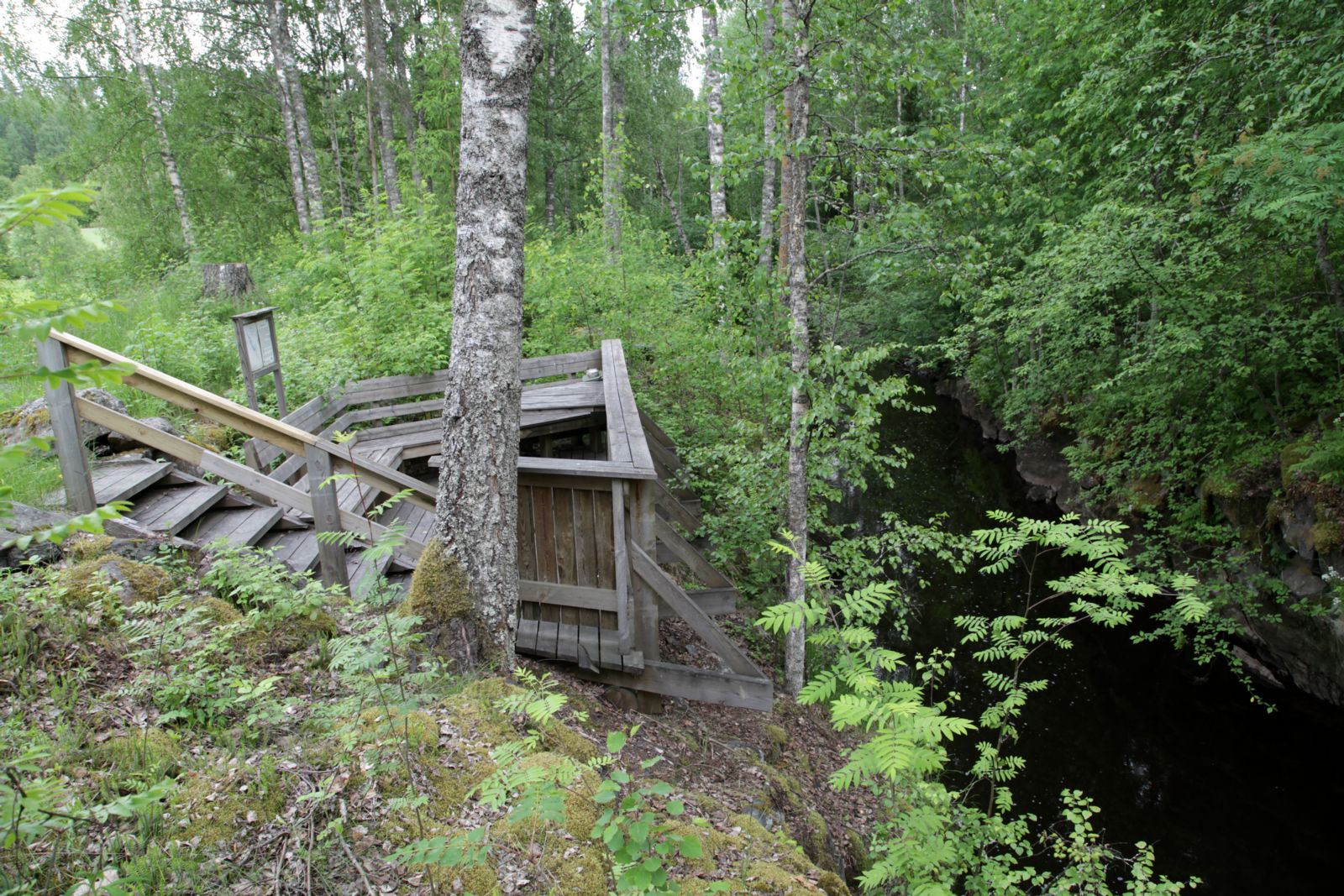 The Vuokko river is crossed by a man made bridge built out of rocks during the 1900’s.

A sheer cliff face located near the bridge is over 200 meters high, encompassing wife farmland areas around it. 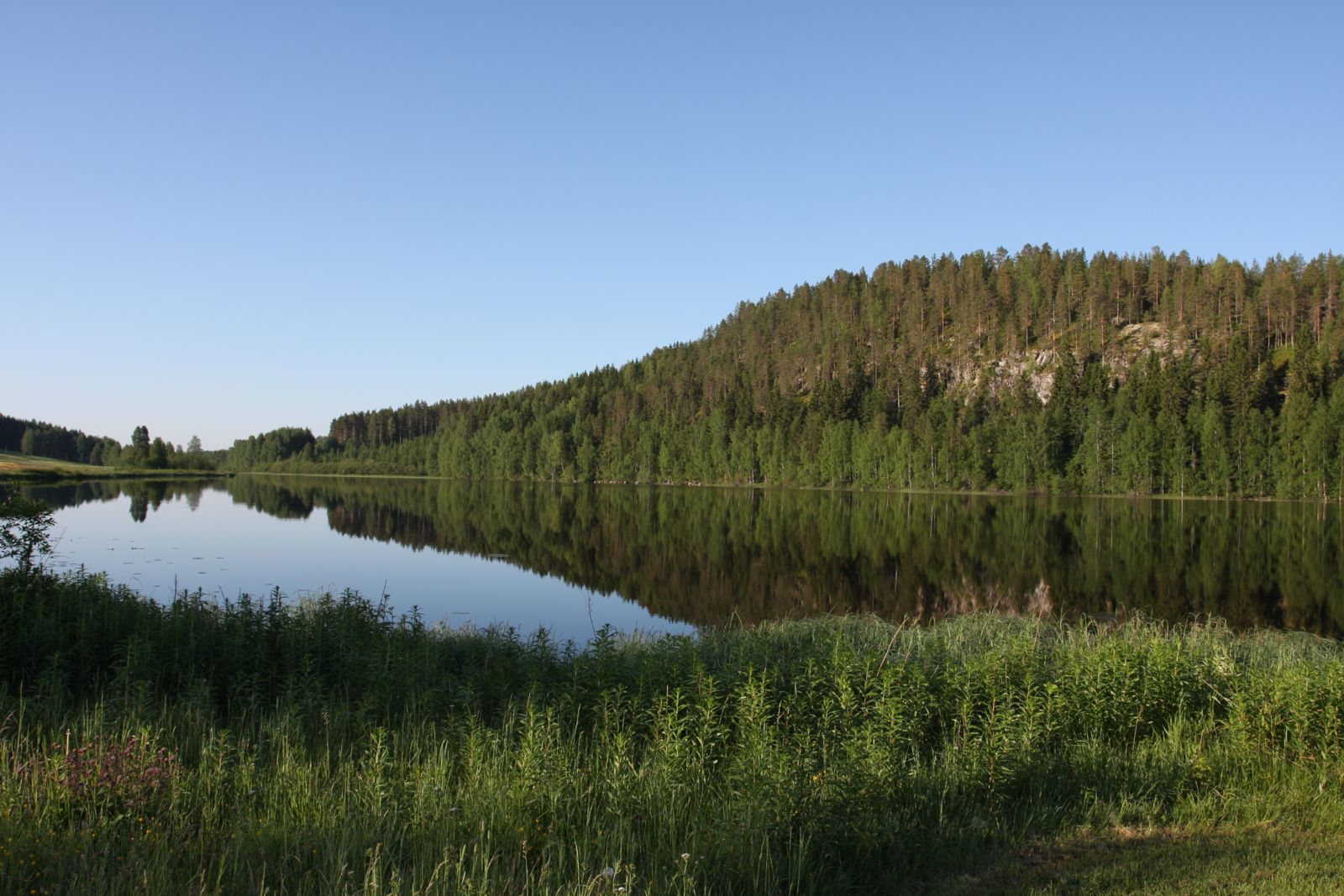 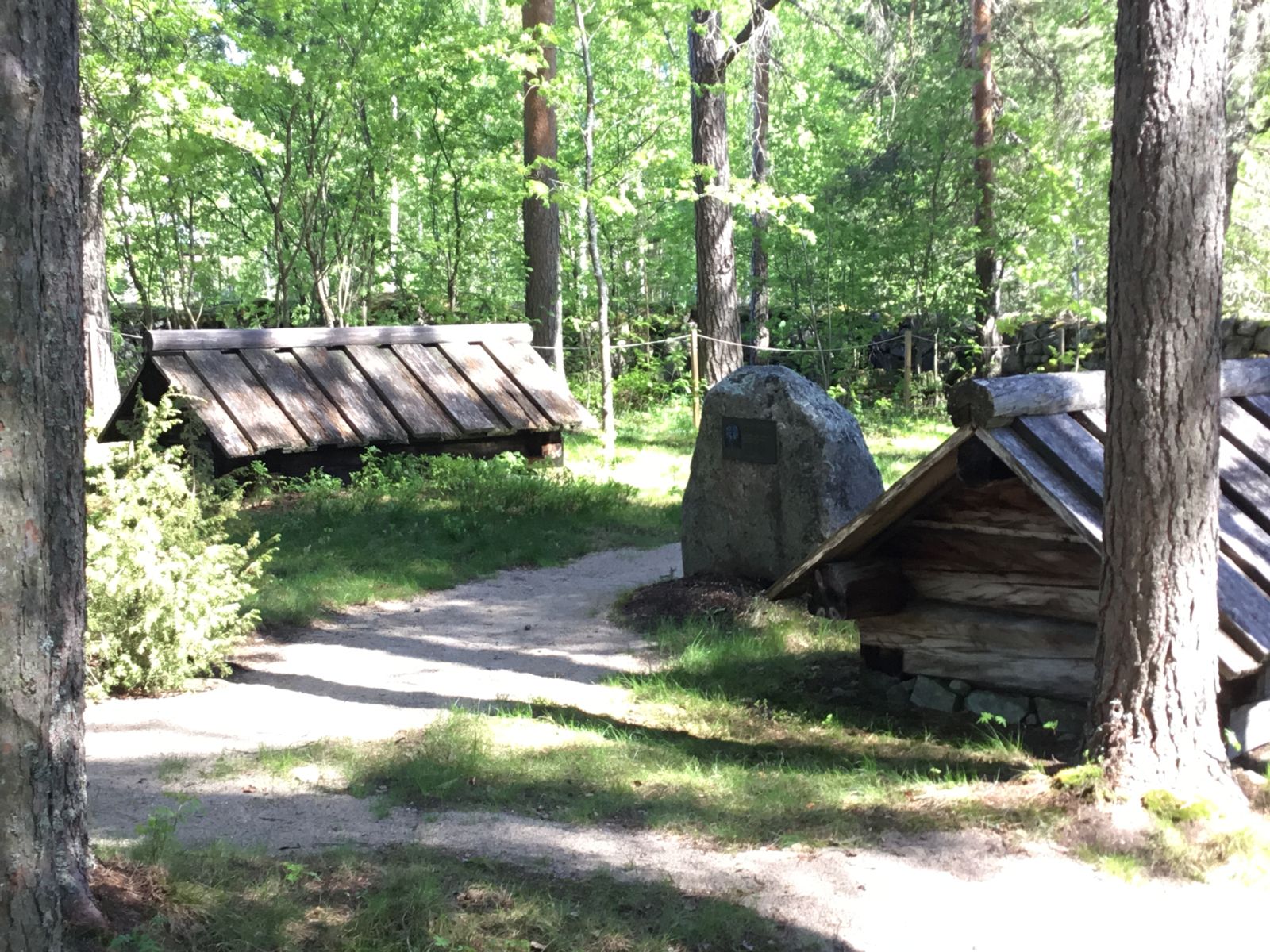 The Monastery area of Pyötikkö was built by the orthodox monks during the 1850’s. These monks did not align with the reformations made by the Russian church during the 1600’s - and wanted to continue with the religious traditions followed by their forefathers. To avoid persecution they escaped to Vuokko and proceeded to practice religion in the monastery as well as research ancient religious texts. The last orthodox monk lived in Vuokko during the late 1800’s.

The original monastery building has been destroyed however the tsasouna that still stands has been sanctified for the elevation of the Holy Cross. The old graveyard in the area has also been rebuilt and renovated to preserve the historic culture.

The cultural landscape of Central-Vuokko 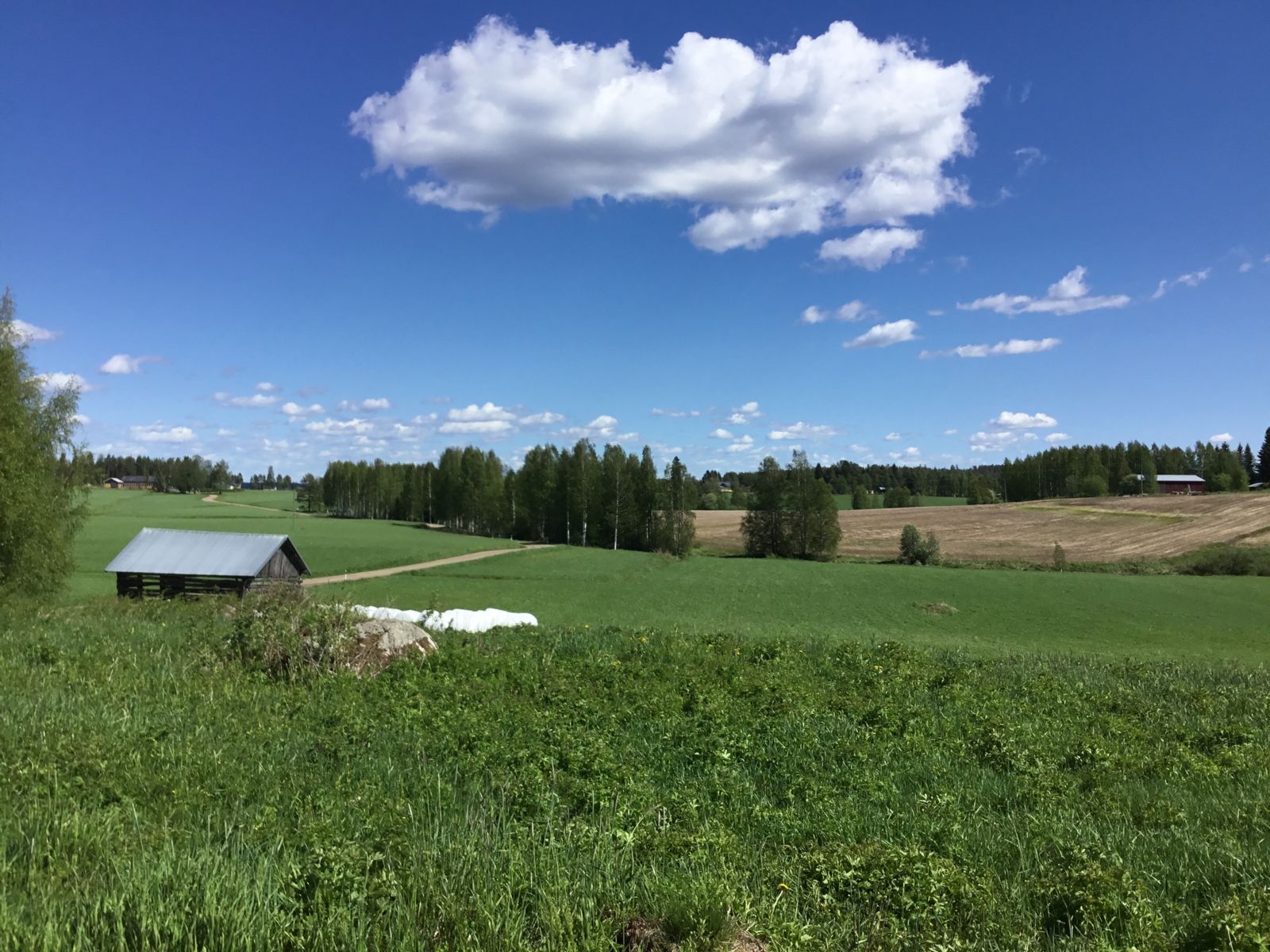 The cultural society of Vuokko has been overhauled during the last decade, with stone fences being rebuilt around buildings and by the riverside.

The ecumenical culture of the area is present in the picturesque Fisherman’s tsasouna which is accessible all year round. The village of Vuokko is also peppered with several ruins left behind from the stone age, as well as stone tools from the 1500-1600’s

The area- and terrain maps of the Vuokko 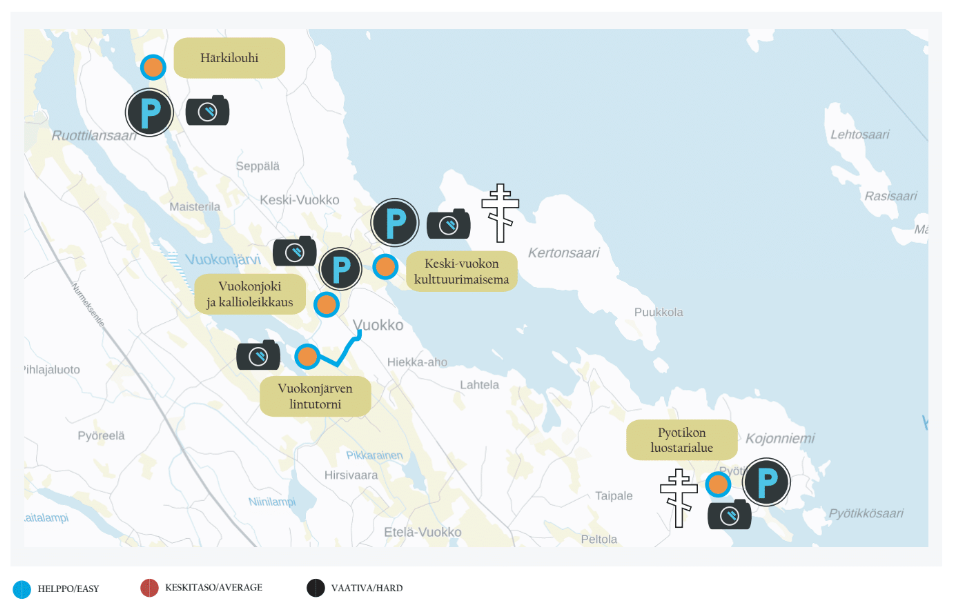 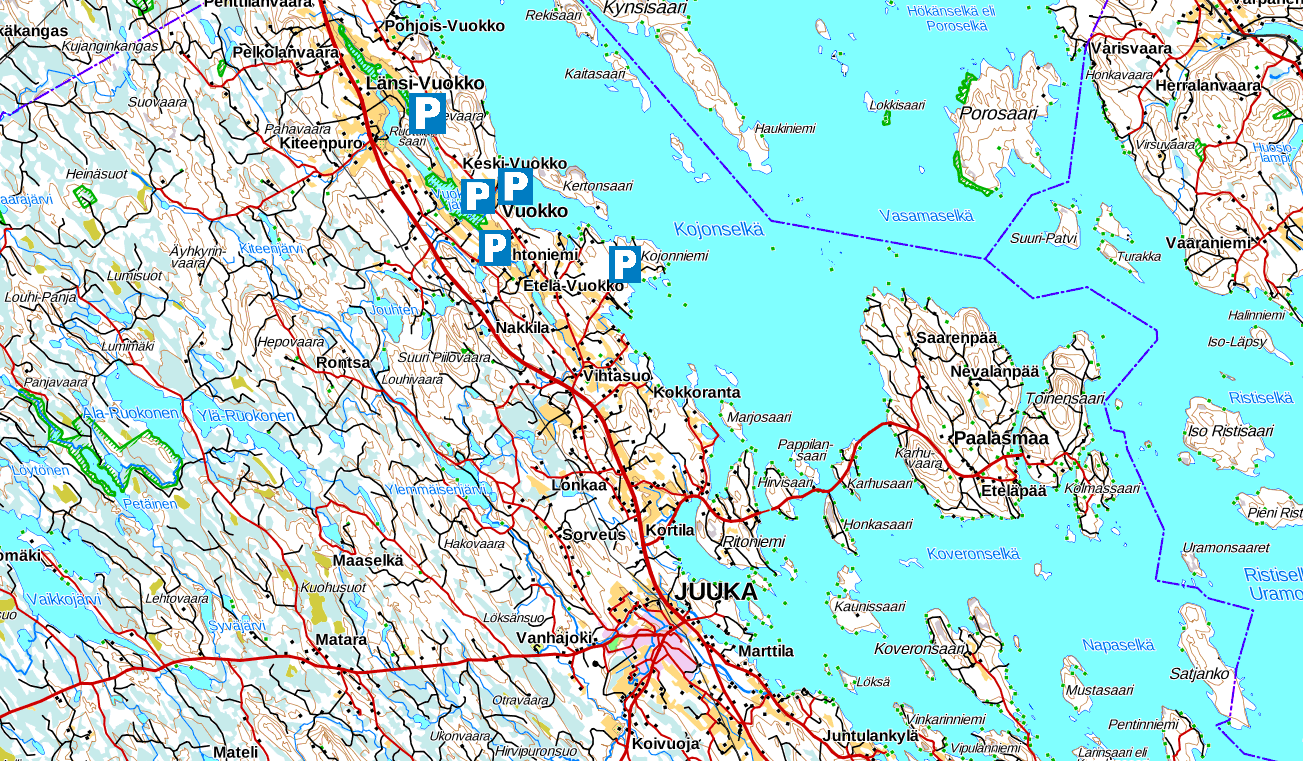 Our main Info center in located in the Municipal hall;

There are also Info boards at various locations around Juuka, for instance;

Teboil gas station - Opposite the Kivikylä
Pullover stops on Highway 6